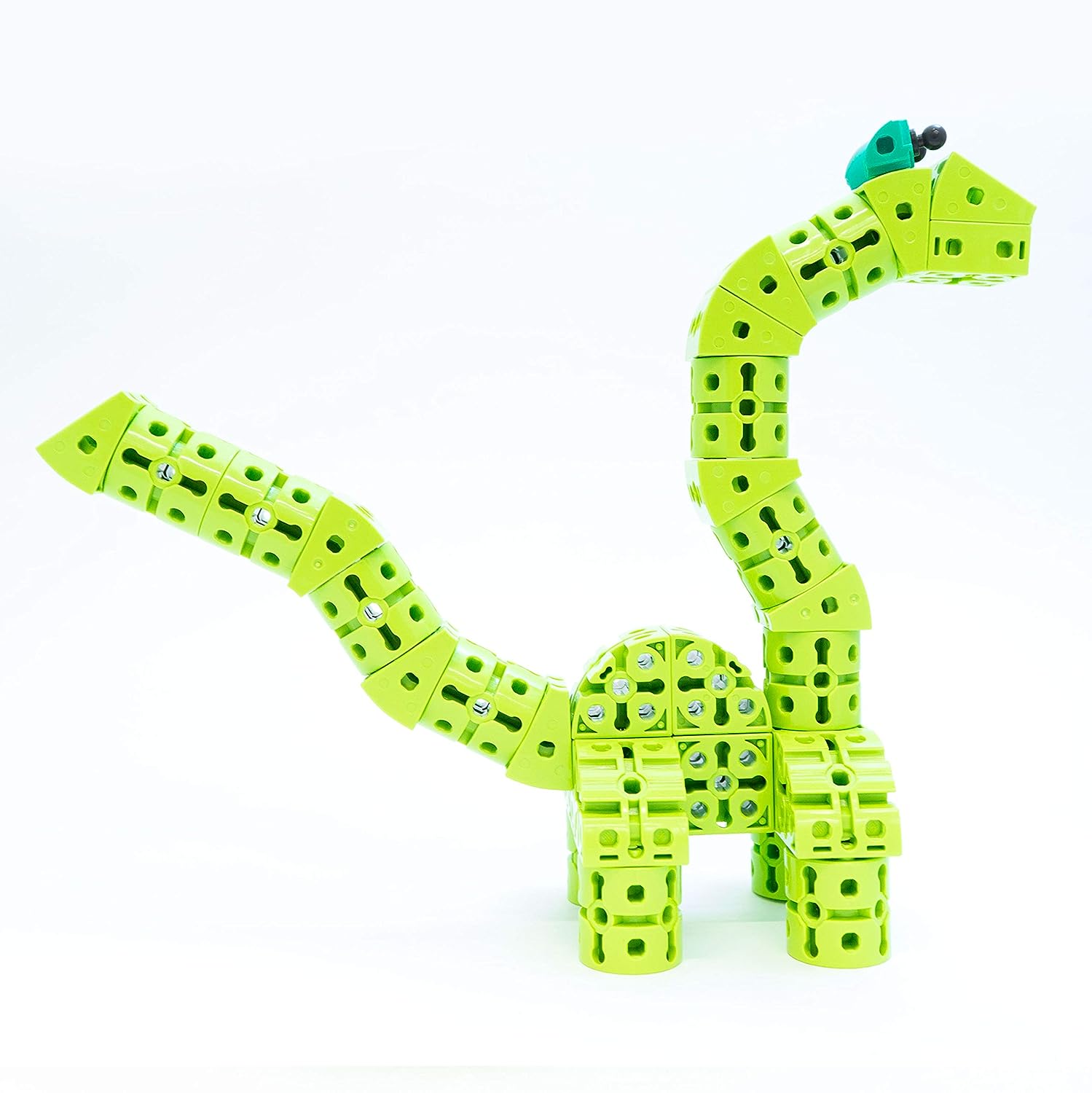 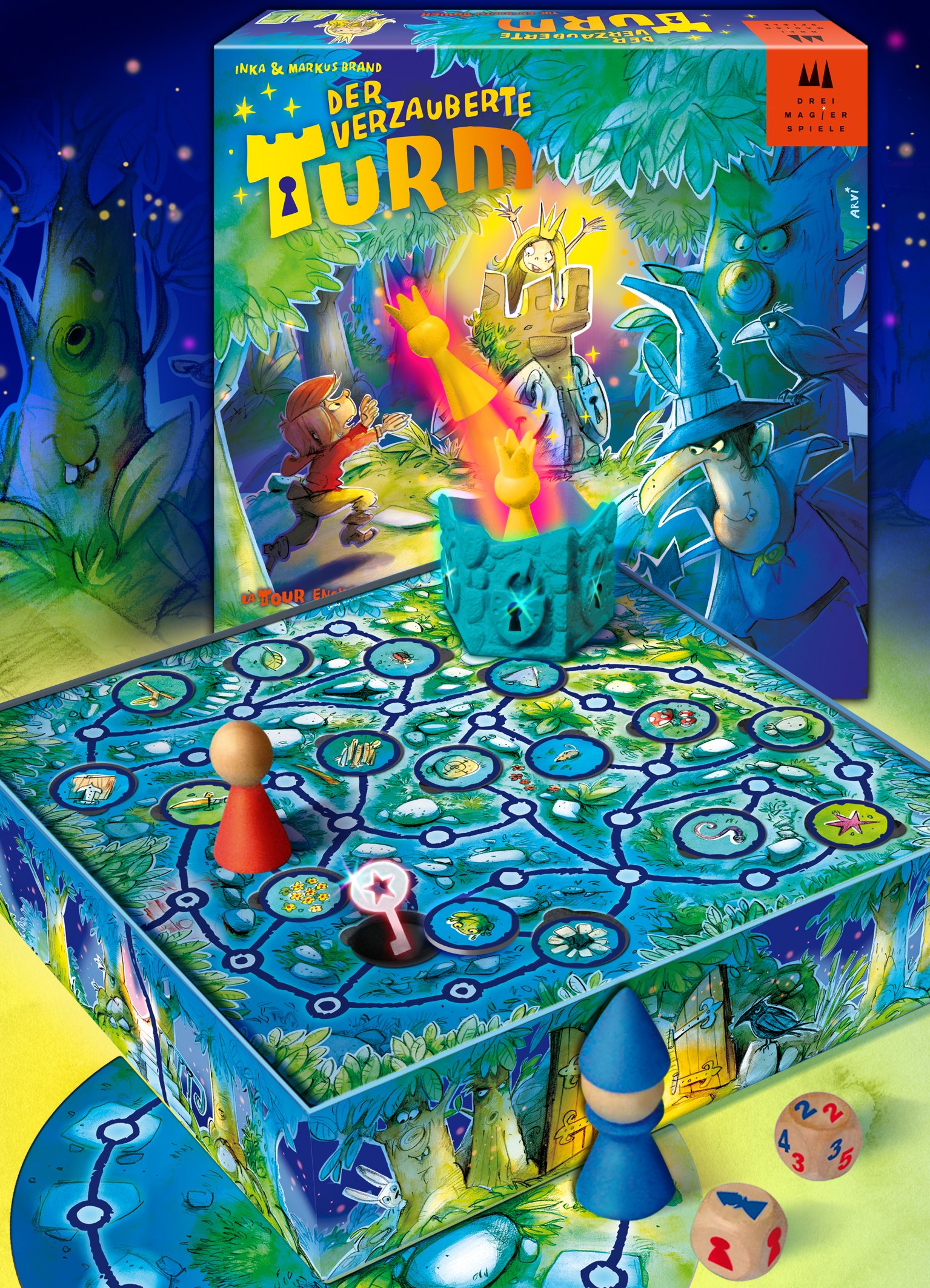 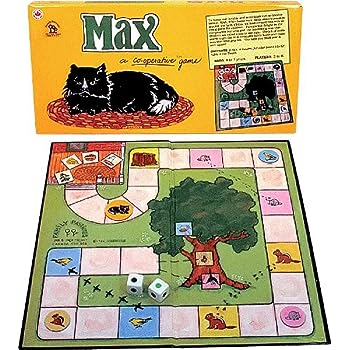 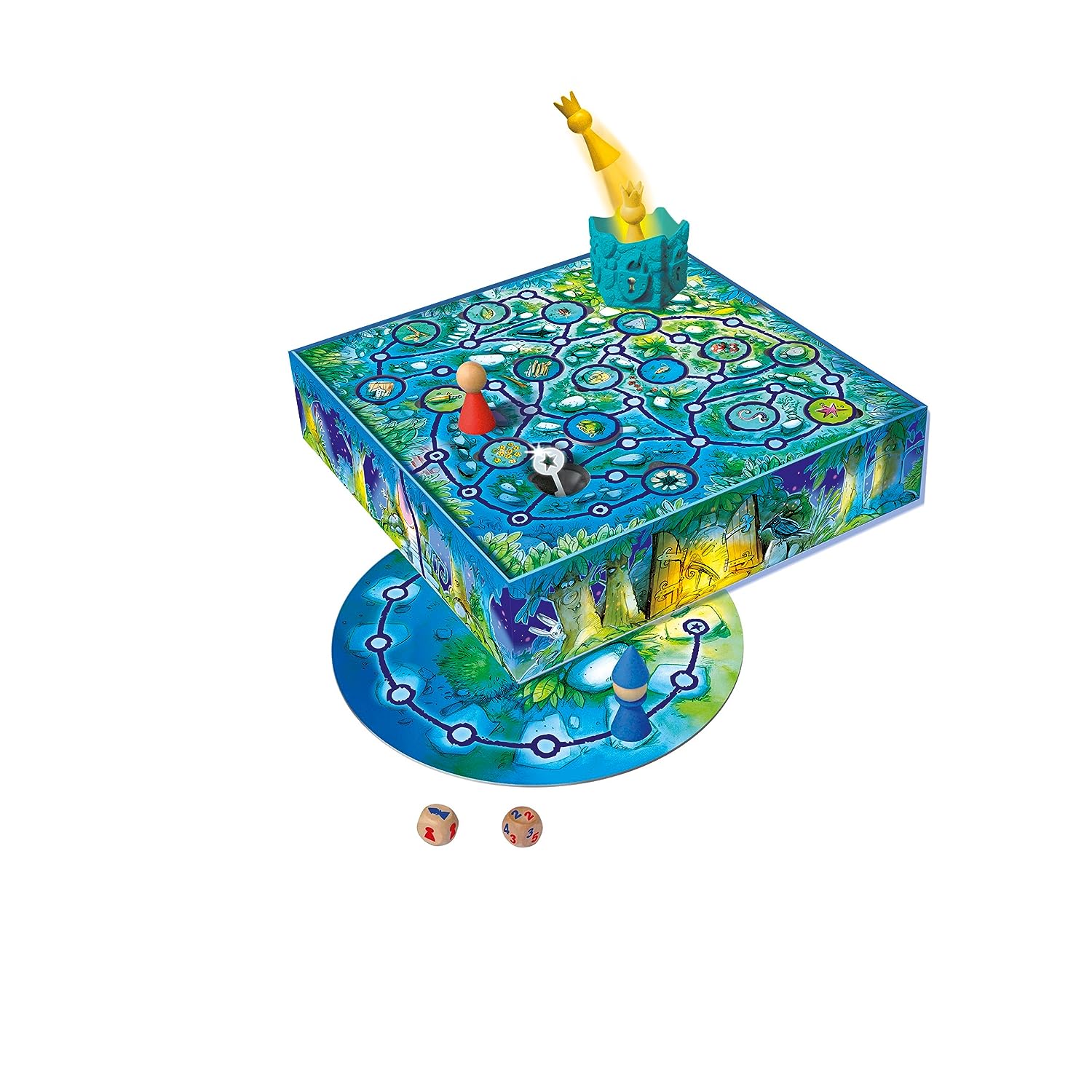 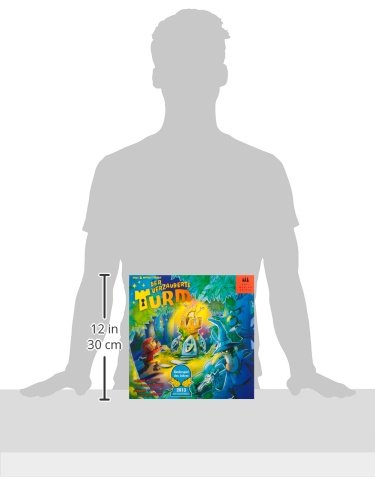 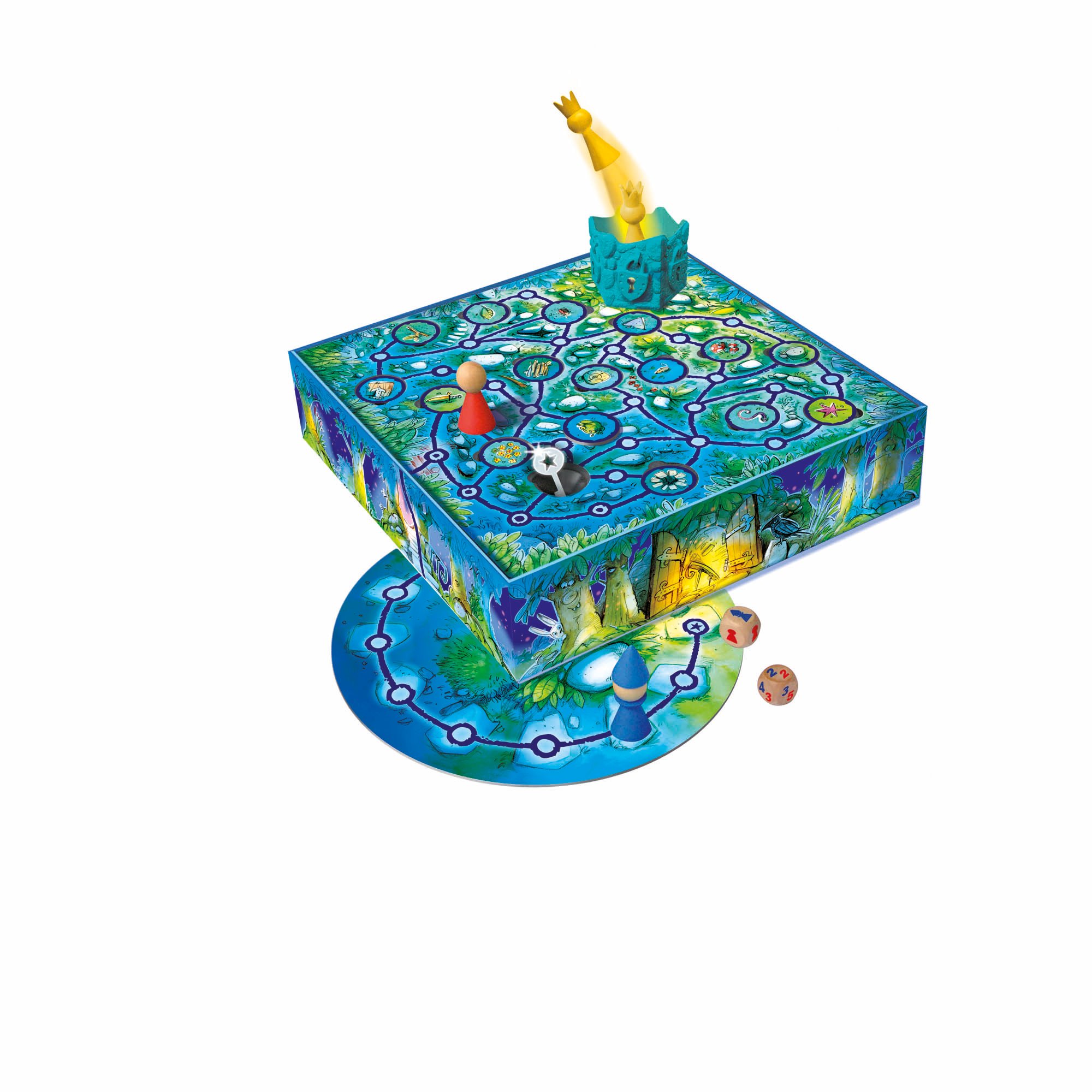 Enchanted Tower - Childrens Board Game: Toys & Games. Enchanted Tower - Childrens Board Game: Toys & Games. One player plays the wizard and hides the key, while the other player searches for the key and tries to save the Princess from The Enchanted Tower. 。 Once the key is found, there are 6 different locks to try it in. One of the locks will free the princess. If the right lock is not chosen, the key is hidden again and gameplay resumes. 。 Children's Board Game for : 2 - 4 players / Playing Time: 20 Minutes. 。 From the Award Winning Drei Magier Line. 。 Winner of the international 2013 Kinderspiel des Jahres Winner (Childrens Game of the Year). 。 Ack, the princess has been captured once again by an evil sorcerer! She should really stop hanging about in places where she can be captured so easily. Well, that's neither here nor there for now - let's get out there and free her from the enchanted tower. One player plays the sorcerer and at the start of the game he hides a key under one of 16 spaces on the game board. The other players collectively take the part of Robin, who tries to find the key before the sorcerer can reach it. No matter who finds the key first, though, that player gets to try the key in one of the six locks on the tower; if he chooses the right one, the princess jumps free of the tower and that player wins. If not, the sorcerer hides the key once again, and everyone moves back to their starting locations. Includes rules in English, French, Dutch, German and Italian. 。 。 。 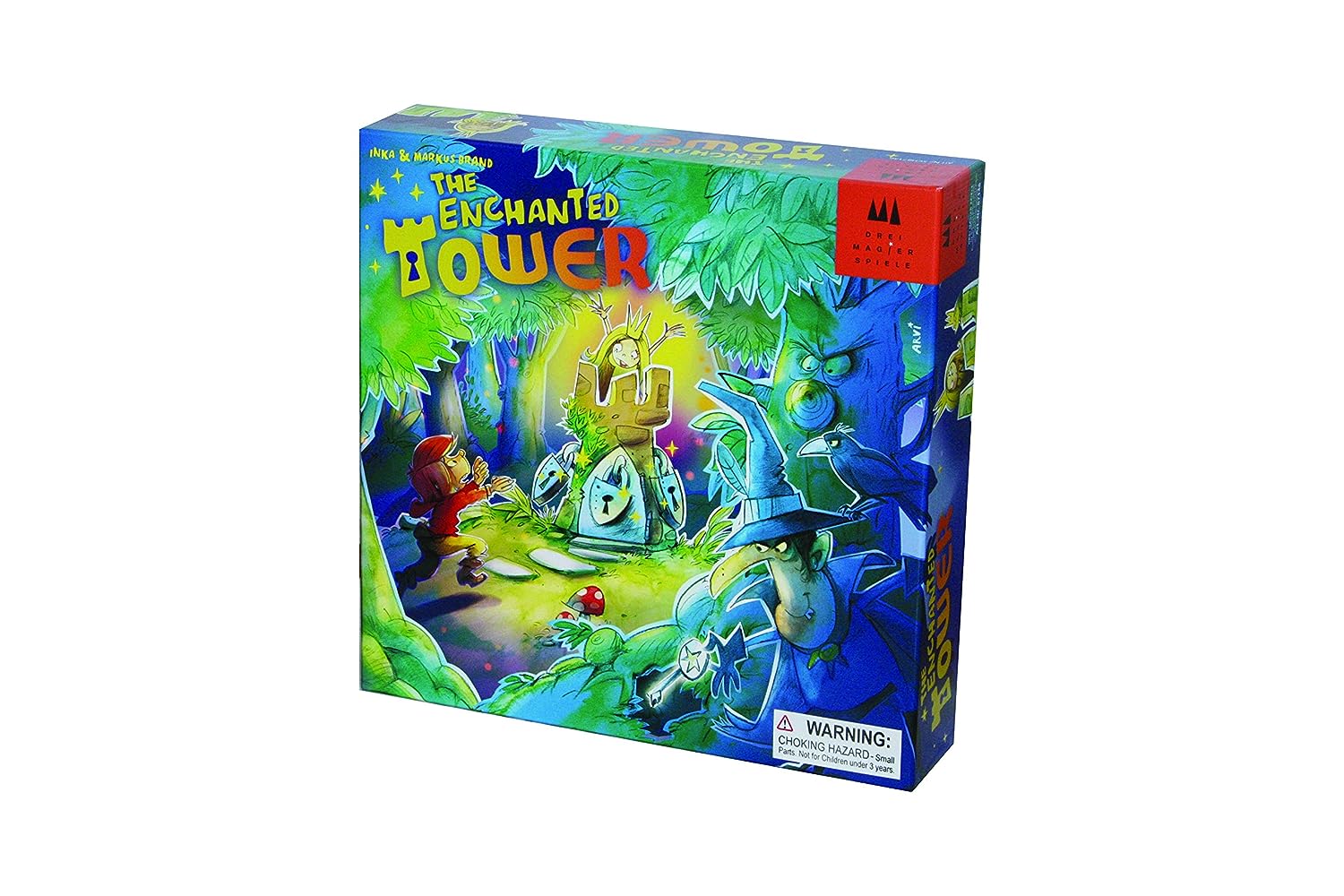